The Opposition raised concerns over the bill, saying that low-level offending could be caught up in its remit and there was the potential for unintended impacts on domestic violence victims.

A push to give the federal government stronger powers to cancel and refuse visas on character grounds has been defeated in the Senate.

The Migration Amendment (Strengthening the Character Test) Bill 2019 was voted down on Wednesday following opposition from Labor, the Greens and independent Rex Patrick in a tied vote on the Senate floor.

Under the proposed laws, a non-citizen convicted of a “designated offence” punishable by at least two years in prison – such as violent or sexual assault crimes – could have had their visa cancelled or refused at the government’s discretion, regardless of their sentence served. 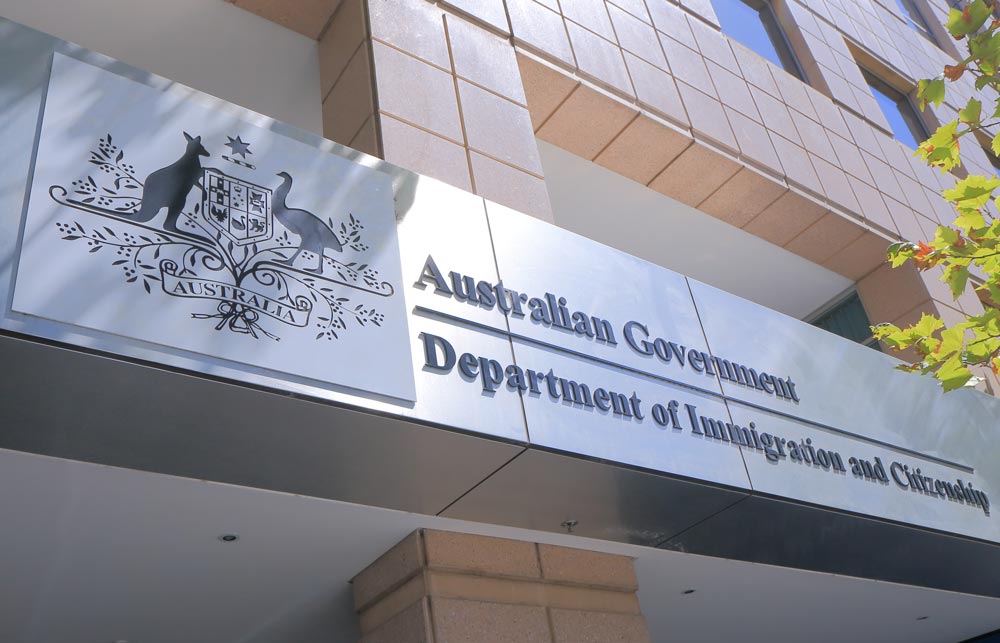 The federal government has said the legislation – first introduced in the lower house in 2019 – would aim to deport or deny entry to people who had been convicted of serious crimes.

But the Opposition has raised concern over the bill’s retroactive powers, saying that low-level offending could be caught up in its remit and has the potential for unintended impacts on victims of domestic violence.

Its vote against the measure came after Labor’s Home Affairs spokesperson Kristina Keneally accused the government of reneging on a deal to continue negotiations over the proposed laws.

In a speech to the Senate, Senator Keneally argued the minister already had broad powers to cancel visas on character grounds and outstanding concerns over the laws had not been resolved.

“The prime minister would rather play a political game than get a good outcome for victims of family violence,” she told the Senate.

Senator Keneally later told reporters the bill could have been passed if the government had been willing to work further towards addressing their concerns.

“This bill could indeed passed [the parliament] with stronger safeguards in place for women and children who are the victims of domestic violence,” she said.

Immigration Minister Alex Hawke did not directly respond to questions about whether a commitment to continue negotiations with the Opposition had been withdrawn.

“The question for Labor is why do they oppose laws that propose to deport more people who commit serious crimes,” he told reporters.

He described the bill as “straightforward” and argued Labor had been given enough time to consider the proposal.

“These are serious offenders – the crimes are very serious, the powers to stop this will prevent crime and harm coming to the Australian community,” he said.

The government had introduced an amendment on Wednesday specifying the laws would only apply to offences that caused or substantially contributed to bodily harm, a person’s mental health or involved family violence.

“This is not about minor criminality,” Mr Hawke.

The tied 25-25 vote in the Senate means the bill will now be forced back to the lower house.

In Australia, most visa cancellations are made under sector 501 of the Migration Act.

Through these powers, the government can cancel visas of non-citizens over character concerns as well as for criminal convictions, or if they are considered part of a group suspected of wrongdoing.

New Zealand Prime Minister Jacinda Ardern has previously criticised the Australian government over the “corrosive” impact of deporting individuals who had spent the vast majority of their life in Australia.

For example, between 2020-2021, 402 people of New Zealand heritage had their visas cancelled out of the 946 cancellations during this period.

Senator Keneally cited concerns raised by the New Zealand government that the bill would take the situation surrounding visa cancellations “from bad to worse”, during her Senate speech.

“The bill shouldn’t come into effect until the minister has done that work to review the ministerial direction in relation to New Zealand,” she said.

“To ensure that New Zealanders who have spent the bulk of their lives here in Australia are treated to be blunt – [as] still a problem for Australia.”

Greens Senator Nick McKim earlier said in a speech to the Senate that the bill was more about “stigmatising and persecuting” migrants than about “public safety”.

“It is a blatant targeting of migrants and a blatant attempt to bypass the judicial process and the rule of law,” he told the Senate.

Advocacy groups – including the Visa Cancellations Working Group – have also raised concerns the bill set an “arbitrary and inappropriate low bar” for failure of the character test.

In a submission to an inquiry into the legislation, it said the laws risked leading to diminished integrity of visa decisions and causing serious harm for individuals.

The Asylum Seeker Resource Centre also welcomed the bill being blocked, saying it would have instilled “punitive new powers” and a “two-tier legal system.”